Eleanor Roosevelt Quotes To Inspire Leadership In You

Eleanor Roosevelt was a woman before her time. Her intelligence, drive, and ambition made her one of America’s most impressive first ladies. Eleanor Roosevelt quotes embody and carry this trailblazer’s spirit into our present day.

Born in New York City, Eleanor Roosevelt was a ‘city gal’ with her creative ideas and care for local social issues. As a teenager, she taught immigrant children and families in Lower Manhattan. During this time, she was courted by her fifth cousin: Franklin Delano Roosevelt. Yes, you read that correctly – Eleanor Roosevelt’s father was Theodore Roosevelt’s brother. Marriage between distant cousins was quite normal at the time! 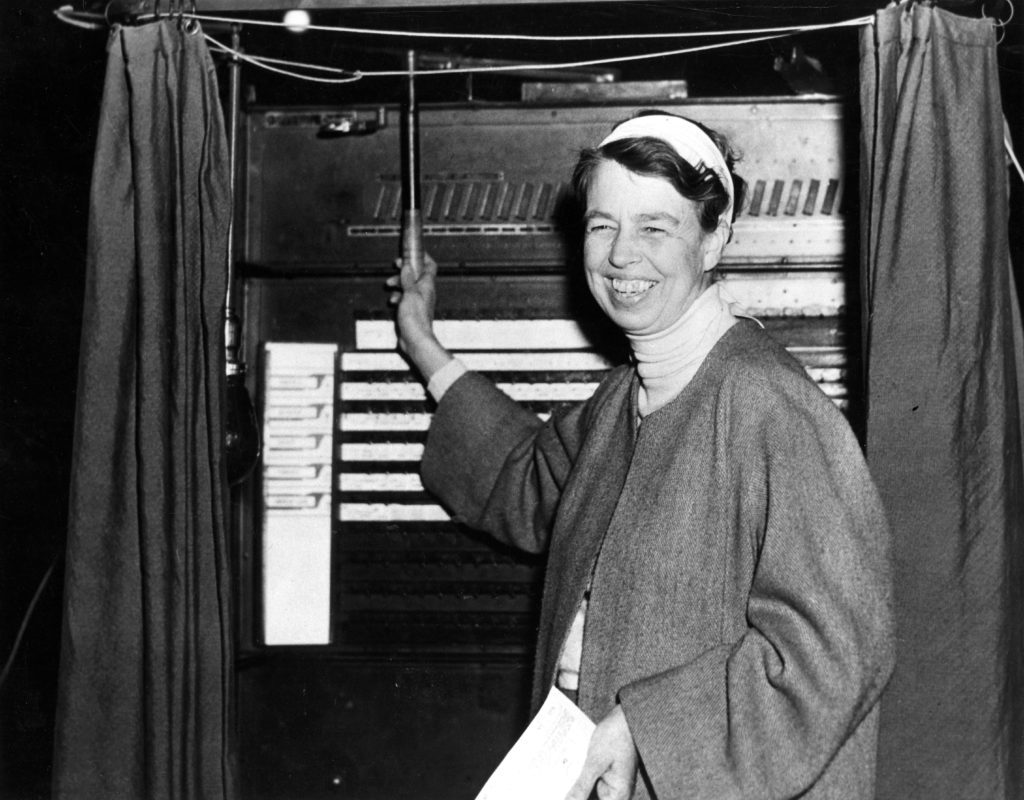 Nevertheless, Eleanor was a backbone for her husband, from his Senate days through to his Presidency. When FDR was elected President, Eleanor did not shy away from political activity. She became the first First Lady to hold her own press conferences. Not only that – these conferences allowed women reporters only. This had a long term impact on jobs in journalism for women, as newspapers were forced to hire more female reporters. Eleanor was also an avid writer herself, curating her own speeches and contributing articles to several publications. Despite FDR’s tragic death in 1945, Eleanor proceeded on her journey of social activism. She served as the chair of the U.N. Commission of Human Rights from 1946 to 1953. She played a central role in drafting the Universal Declaration of Human Rights, a document that still defines the rights and liberties of every single human being today. Eleanor’s work heavily influenced her induction into the National Women’s Hall of Fame in 1973, 11 years after her death.

Eleanor’s legacy still lives on through her powerful words and achievements. These 20 Eleanor Roosevelt quotes are a brilliant example of just that!

Feeling inspired by these Eleanor Roosevelt quotes? We are too. Let us know which quote sticks with you the most in the comments below! Dances with Dogs
Next Article For generations, Robin Williams was the face, and voice, of heartfelt comedy. From “Mrs. Doubtfire” to “Aladdin,” adults…
Read More
106 Shares
77
29