The Best Julia Child Quotes To Brighten Your Day

Behind Julia Child quotes is a revolutionary woman. This late culinary icon started her career later than most. But, man did Julia Child make an impression that will last a lifetime.

Julia Child was born in California in 1912, but spent most of her life on the East coast and abroad. She attended Smith College, following in the footsteps of her mother. After college, she returned to the West Coast – this time in efforts to become more involved in the war. At the time, World War II was raging on. Child bravely applied to The Women’s Army Corps. But, she was rejected. Why? She was a tad over their height limit. Julia Child was an impressive 6 feet 2 inches tall!

With her admirable persistence, Child found other ways to involve herself in war efforts. She moved to Washington D.C., where she worked for the OSS (Office of Strategic Services.) This position evidently led her to travel internationally, which would lead her to meet her husband, Paul Child. Because of Paul, Julia moved to Paris. And, that is where her culinary career took form. 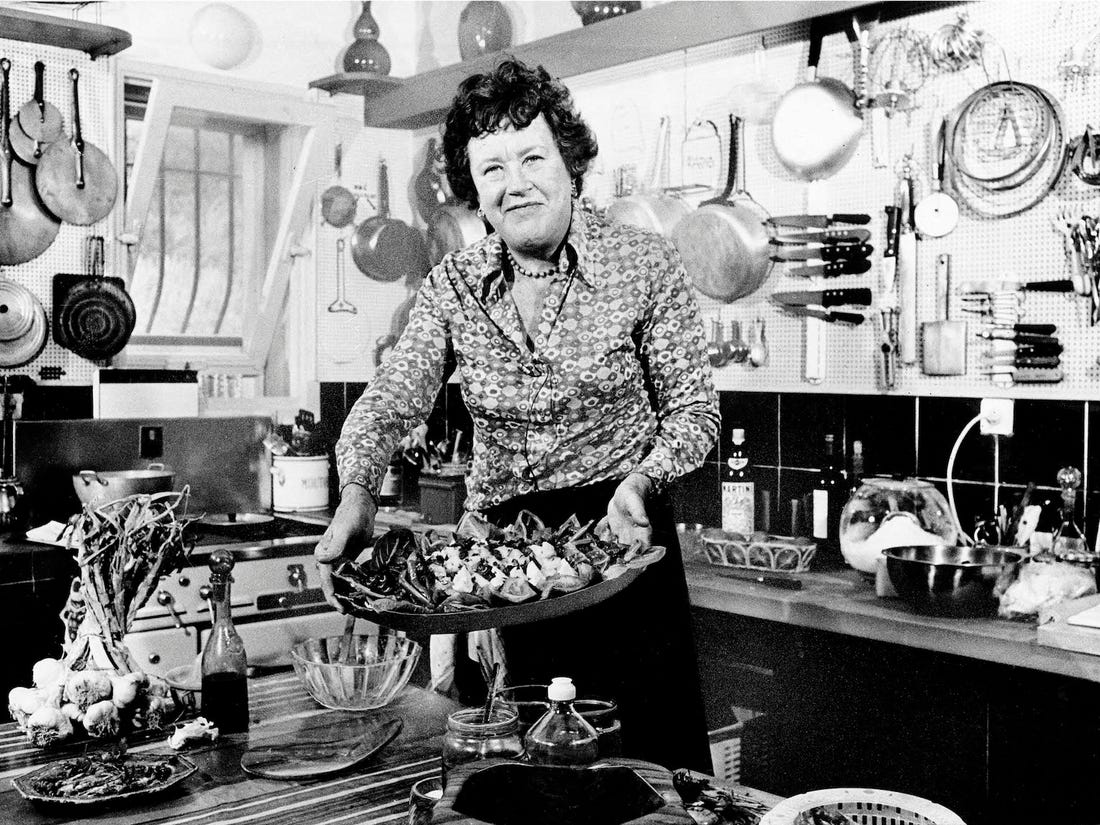 Always a fond lover of food, Julia decided to transform her love of eating into cooking.

She began studying at Le Cordon Bleu Paris. She was the only woman in her class. Julia became enthralled with everything she learned in the French kitchen. This led her to meet fellow women in food, Simone Beck and Louisette Bertholle. Julia’s American roots inspired them to publish Mastering the Art of French Cooking in 1961. It was the first book to truly expose Americans to the classic French cooking techniques.

This cookbook defined the rest of Julia’s life. Returning to America, Julia received the opportunity to cook an omelette on TV. Her charm captivated so many that it landed Julia her own cooking show: The French Chef. This show is what made the whole country fall in love with Julia Child. Her nonchalant approach to the French cooking was influential. Julia spoke her mind, showing viewers how to cook in a spirited and humble way.

A pioneer like Julia doesn’t stop with just one cooking show. Julia’s ambition (and love of butter!) led her to many more achievements.

She published more fascinating cookbooks. She also hosted new cooking shows, some with Master Chefs like Jacque Pepin. All of this influenced a major lifetime achievement: Julia became the first woman to be inducted into the Culinary Institute of America’s Hall of Fame.

Julia Child passed away in 2004, at the mighty age of 91. Her passion for food and life will live on for centuries in her witty quotes. They will definitely make you giggle. Most importantly, they’ll make you give more love to your kitchen. 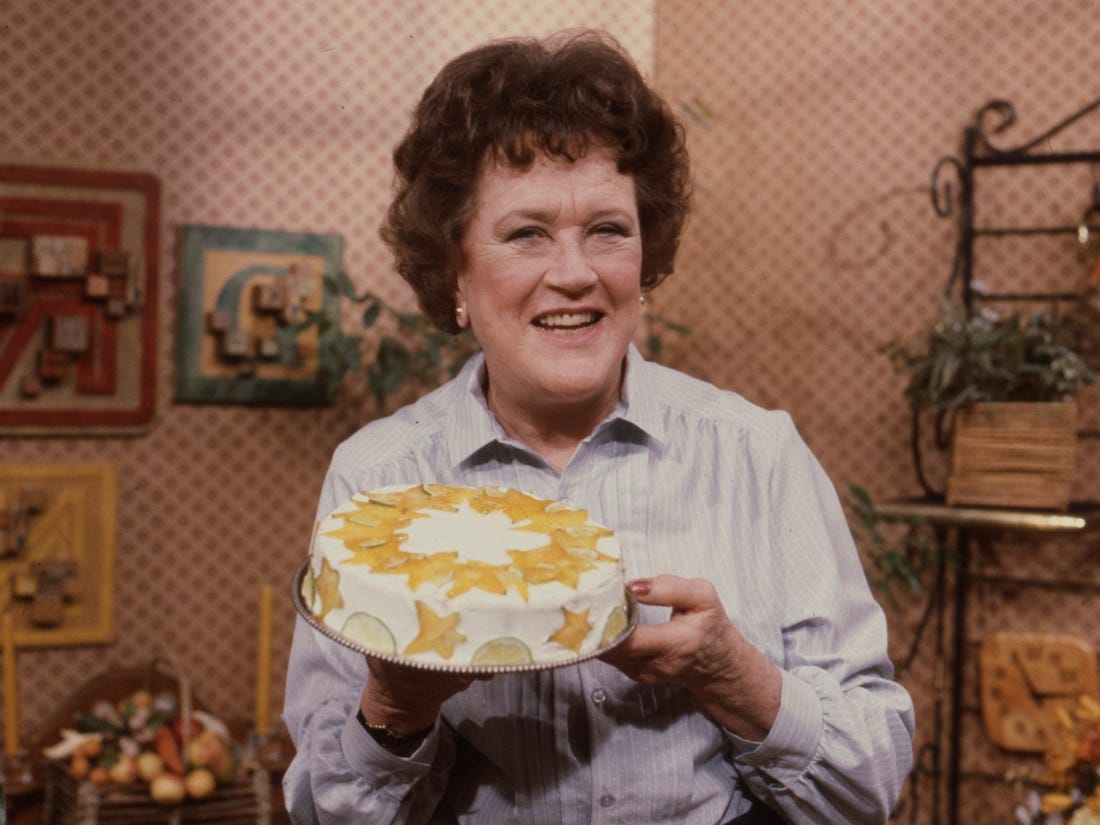