Michael Jordan Quotes To Inspire Greatness In You

Although it’s been many years since he’s wowed us all on the basketball court, it’s hard not to argue that Michael Jordan is the greatest basketball player to have ever played the game. And it wasn’t just his antics that were exciting or the way he seemed to float in the air each time he made a basket, but he showed us all that if you put in the work, you could be great. And many know that Michael Jordan wasn’t always the best, but he worked tirelessly until he proved to us all that he was. So you see, he believed in himself all along, and never let go of that belief no matter what. Michael Jordan quotes are a great read for anyone who has ever known that they were meant for greatness and wouldn’t let anything stand in their way. Or if you need a friendly reminder, this is a great read for you, too! Michael Jordan is living proof that if you have a clear vision for what you want in your life, and you’re not going to let anyone stop you, truly, anything is possible.

Regarded as the best basketball player of all time, Michael Jordan won six NBA titles during his time with the Chicago Bulls. From Nike, Hanes, Gatorade, and even major motion pictures, Michael “MJ” Jordan was everywhere. Many of us recently relived his greatness via the wildly successful ESPN documentary, The Last Dance. Today, Jordan is often seen courtside at NBA games for his own team, the Charlotte Hornets. And his impressive legacy will live on for decades to come.

We hope you enjoyed this collection of Michael Jordan quotes. If you know someone else who is a fan of MJ’s, don’t forget to share! 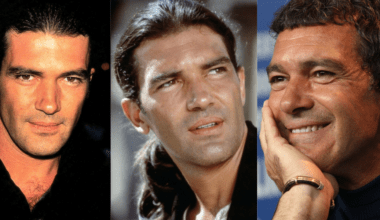