Money Quotes To Help You Get Your Finances In Order (WEALTHY)

Financial advice is all around us, and it can be tough to know which tips are worth following. These money quotes will help you get your finances in order without breaking the bank.

Some of these money quotes are funny, some are motivational, but all of them will help you save money and get ahead financially. Whether you’re just starting out or you’ve been working on your finances for years, these quotes will inspire you to keep going. So sit back, relax, and soak up some financial wisdom from some of the smartest people around!

Before reading these quotes, it is important to know why keeping your finances in check is important

No one likes being in debt, but unfortunately, it’s a common reality for many people. Keeping your finances in control is important for several reasons.

First of all, it can help you avoid becoming overwhelmed by bills. When you’re in debt, it’s easy to fall behind on payments and end up owing even more money.

Second, staying on top of your finances can help you avoid late fees and other penalties. These can add up quickly and make it even harder to get out of debt.

Finally, keeping your finances under control can help you build a good credit score. This is important for everything from getting a loan to renting an apartment. In short, there are lots of good reasons to stay on top of your finances. So if you’re not already doing so, now is the time to start. Here are some responsibility quotes to help with keeping your finances in check.

“Money is only a tool. It will take you wherever you wish, but it will not replace you as the driver.”
Ayn Rand

“Only buy something that you’d be perfectly happy to hold if the market shuts down for ten years.”
Warren Buffett “I made my money the old-fashioned way. I was very nice to a wealthy relative right before he died.”
Malcolm Forbes

“If we command our wealth, we shall be rich and free. If our wealth commands us, we are poor indeed.”
Edmund Burke

“When a fellow says it ain’t the money but the principle of the thing, it’s the money.”
Artemus Ward

“Wealth is like sea-water; the more we drink, the thirstier we become; and the same is true of fame.”
Arthur Schopenhauer

“Not he who has much is rich, but he who gives much.”
Erich Fromm “Time is more valuable than money. You can get more money, but you cannot get more time.”
Jim Rohn

“The real measure of your wealth is how much you’d be worth if you lost all your money.”
Unknown

“Happiness is not in the mere possession of money; it lies in the joy of achievement, in the thrill of creative effort.”
Franklin D. Roosevelt

“It doesn’t matter about money; having it, not having it. Or having clothes, or not having them. You’re still left alone with yourself in the end.”
Billy Idol

“Money does not buy you happiness, but lack of money certainly buys you misery.”
Daniel Kahneman

“Expect the best. Prepare for the worst. Capitalize on what comes.”
Zig Ziglar

Here is an article to help you how to reach your goals and dreams. “Never stand begging for that which you have the power to earn.”
Miguel de Cervantes

“I pity that man who wants a coat so cheap that the man or woman who produces the cloth shall starve in the process.”
Benjamin Harrison

“Making money is a common sense. It’s not rocket science. But unfortunately, when it comes to money, common sense is uncommon.”
Robert Kiyosaki

“If you want to know what a man is really like, take notice of how he acts when he loses money.”
Simone Weil “Money never made a man happy yet, nor will it. There is nothing in its nature to produce happiness. The more a man has, the more he wants. Instead of filling a vacuum, it makes one.”
Benjamin Franklin

“That man is richest whose pleasures are cheapest.”
Henry David Thoreau

“Capital as such is not evil; it is its wrong use that is evil. Capital in some form or other will always be needed.”
Gandhi

“They deem me mad because I will not sell my days for gold; and I deem them mad because they think my days have a price.”
Kahlil Gibran

“Money is like love; it kills slowly and painfully the one who withholds it, and enlivens the other who turns it on his fellow man.”
Kahlil Gibran

“It is a kind of spiritual snobbery that makes people think they can be happy without money.”
Albert Camus

“The money you have gives you freedom; the money you pursue enslaves you.”
Jean-Jacques Rousseau “Money is like muck—not good unless it be spread.”
Francis Bacon

“The stock market is designed to transfer money from the active to the patient.”
Warren Buffett

“Like Warren, I had a considerable passion to get rich, not because I wanted Ferraris – I wanted the independence. I desperately wanted it.”
Charlie Munger

“Money is multiplied in practical value depending on the number of W’s you control in your life: what you do, when you do it, where you do it, and with whom you do it.”
Tim Ferriss

“If you don’t value your time, neither will others. Stop giving away your time and talents. Value what you know & start charging for it.”
Kim Garst

“If you want to get rich, remember that the way to do it is via equity, not salary.”
Sam Altman

“No wealth can ever make a bad man at peace with himself.”
Plato

“There are a great many people accumulating what they think is vast wealth, but it’s only money.”
Alan Watts

It can be helpful to remember these money quotes when you’re feeling overwhelmed or down about your financial situation. Not only are they a source of motivation, but they also remind us that we’re not alone in our struggles. What’s more, they offer hope for the future and encouragement to keep working towards our goals. Have you ever found inspiration in a money quote? Share it with us in the comments below!

Do you have a dream to become rich? maybe these quotes can help you.

Related: Happiness Quotes To Help You Appreciate The Beauty In Life

Disclaimer: This is not financial advice. 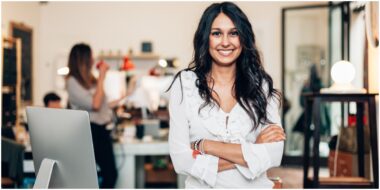 Strong woman quotes are something that can be read anytime of year for some much-needed inspiration. But they’re…
Read More
11 Shares
10
1 We aren’t all born with the natural ability to run a 5-minute mile, and those chiseled abs we…
Read More
0 Shares
0
0 Everyone knows what it feels like when life gets hard. Challenges and obstacles in our personal and professional…
Read More
0 Shares
0
0 It’s time to rise and shine! There’s no doubt that the morning can be the toughest time of…
Read More
0 Shares
0
0 We all have days when even simple tasks feel impossible. We feel drained, worn out, and downright exhausted.…
Read More
89 Shares
6
83